Welcoming the Person with the Clipboard: Classroom Observation as a Valuable Tool for Improvement

As a teacher, I dreaded classroom observations: the stress of having an administrator lurking in the back of the room with a clipboard combined with superficial feedback made the experience feel like an exercise in unproductive unpleasantness. Later in my career, I became the person in the back of the room. As part of my doctoral research, I observed dozens of math lessons around the state of Alaska. My visit to a beginning teacher’s fourth/fifth grade classroom in a small village did not begin well. The teacher, who I’ll call Bridget, made it clear that she was unhappy to have me and my video camera in the back of her classroom, and my attempts to assure her that the observation was only for research purposes had little impact.

Despite the inauspicious start, the lesson turned out to be fantastic. After the kids filed out for recess, I told Bridget how impressed I was with her teaching and detailed for her the ways in which I observed her students, almost all of whom were struggling in school, engage in high-level math thinking. The two of us then went together to the gym where the school was hosting a wellness fair. Bridget volunteered to have her blood pressure measured, and her reading turned out dangerously high: physical evidence of the stress classroom observations can inflict, even a low-stakes one that had gone very well.

Bridget’s story illustrates why it’s important that observations provide meaningful feedback that helps improve practice; if they don’t, the stress isn’t worth it. Unfortunately, despite classroom observations being the most common form of teacher evaluation, teachers often don’t receive useful feedback from them. Even when the feedback is positive, it is often so general and decontextualized it has little impact on practice.

The Knowles Teacher Initiative believes that classroom observations can be an effective tool for teacher development. But how do we get from blood pressure-raising stress with little actionable feedback to observations that teachers find to be a valuable contribution to their efforts to improve their practice? We asked Knowles Fellows to describe their classroom observation experiences on an anonymous survey and their responses provide a roadmap for how to make these observations valuable and even welcomed by teachers.

Within the Knowles Teaching Fellows Program, there are some opportunities for both our program staff and Teaching Fellows/Senior Fellows to visit each other’s classrooms. Fellows who do arrange visits report that, unlike the typical observations they experience as part of administrator evaluations, visits from members of the Knowles community provide meaningful feedback and insights; while Fellows still reported feeling “nervous” about these visits, they were nonetheless valuable to their professional growth. As one Fellow explained:

The feedback I received from the visit from Knowles was the first and only constructive feedback that I have ever received in an evaluation type setting.

Fellows also compared their Knowles classroom observations with those they have received as part of school mentoring and supervision: Fellows rated Knowles observations more highly, with all of the respondents giving their observations from Knowles positive ratings. The most common complaint about observations from school personnel was a lack of “critical feedback” resulting in observations that did not contribute to the teachers’ professional growth. By contrast, Fellows see observations by Knowles community members as a benefit:

I don’t always learn a ton or get interesting questions or feedback from admin, but I trust that an observation for any purpose by anyone in the Knowles community would be super beneficial.

Fellows also point to the differences in the purposes of classroom visits from Knowles vs. administrators. Since the advent of standardized testing regimes under No Child Left Behind, classroom observations are often used as part of a school’s effort to improve test scores, rather than as part of more comprehensive professional development, while peer visits are seen as a means to “develop my practice” and “help me to grow.” As one Fellow concluded:

It would be nice to have someone who is focused on the needs of the students and less on helping satisfy the bureaucracy of teaching.

As our survey results attest, teachers recognize the potential value of sharing their practice with observers who can offer meaningful feedback for improvement; to get these professional benefits from observations, numerous Fellows have initiated a strategy known as three-minute observation clubs. As the name implies, members visit each other’s classrooms for short periods of time, and then share insights about their observations during a group debriefing discussion. Three-minute clubs provide a low-stakes way for teachers to observe each other and require a minimal time commitment; their popularity reflects that peer observations can be just as effective as observations between supervisors or mentors and teachers.

Three-minute clubs are organized around specific prompts for each observation and bring together teachers from across different departments. Teachers observe as many classrooms as they can for three to five minutes within the period between meetings (clubs tend to meet twice a month) and collect data on a particular aspect of practice. Specific prompts used include:

At the end of the observation period, Fellows facilitate discussions, the goal of which is for teachers to provide feedback based on the data they collected during their visits to colleagues’ classrooms. About a dozen Knowles Fellows have received financial support for the clubs they have started, and have therefore provided detailed documentation about their groups’ operation and goals.

Three-minute clubs give us a model for the kind of classroom observation teachers know to be effective, according to the attributes Fellows identified in our survey. In looking at the work of the observation clubs, I am focusing on the following attributes:

Provide meaningful feedback. The idea behind the three-minute clubs is to focus both the observations and feedback on a particular topic. Doing this exposes participants to a range of approaches, and helps them to critically evaluate their own pedagogy, which can lead to actionable and positive changes in practice. Three-minute club participants at a private school in Seattle described what was learned from their short observations of class opening sequences:

I learned a new, clearer way to deliver the daily essential questions, homework, and daily schedule. I commenced using it immediately and used it to the end of the school year. It is really important to be transparent about the lesson objectives and the resources to be used.

Another Knowles Fellow established a three-minute club despite teaching at a school where, she reported, “it is simply not a part of our school culture to walk into another teacher’s classroom.” While she initially encountered some resistance to the idea of the club and reluctance of teachers to follow through on the observations, she ultimately reported that the club was able to shift teachers’ practice:

One of the things I have learned about our school culture is that teachers do want to talk about teaching practices and instructional strategies and find great value in sharing ideas with each other.

Likewise, a participant in a three-minute club described the shift brought about through participation in the club:

I went into these three-minute observations interested but also a bit skeptical at what could be learned and accomplished from a mere three minutes in someone else’s classroom and then group discussion about it. By the second meeting, I was a complete believer. I learned many things simply from the observation and many more things in the group meeting at the end of the week.

Increase teacher agency. The Fellows who led three-minute clubs reported a myriad of ways that their colleagues exerted increasing agency over the functioning of the clubs. While Fellows initially determined the focus of the observations and facilitated the discussions, they reported that group members gradually took on these responsibilities themselves, and in so doing, became more invested in the work of the club. As a Fellow described, “Teachers are starting to offer suggestions about moving the club in directions that will help change the culture of our school.” Across the different observation clubs, Fellows reported that members were taking on a range of activities including:

What we have learned from Fellows is that classroom observations do not have to be a miserable experience for teachers. When observations are between trusted colleagues who have each other’s growth and development as their primary objective, and feedback provides a range of constructive support, they can be a desirable component of a learning community. 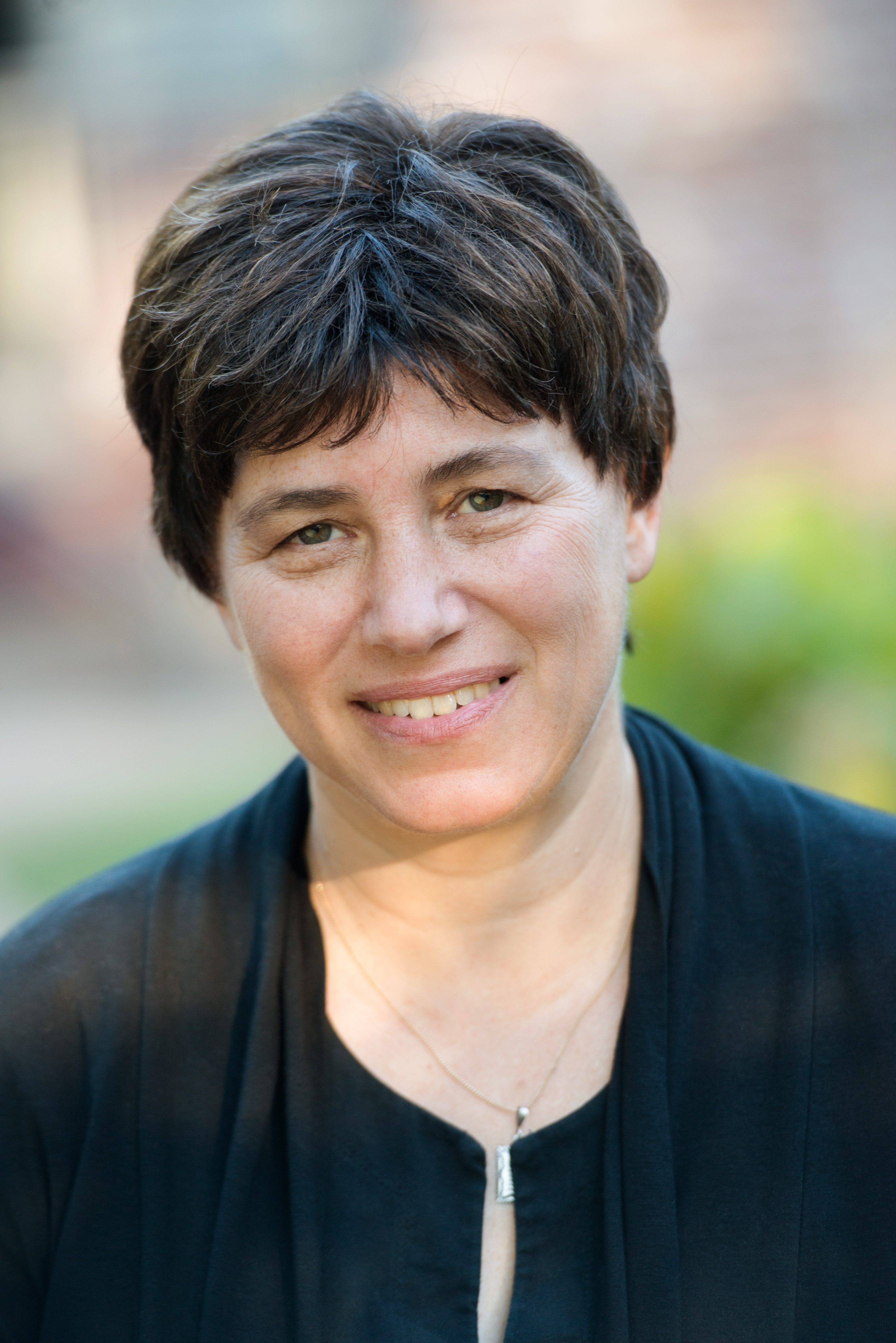